It’s my first ever sewing competition and I was feeling very uninspired. I signed up to Top Stitchers because I love a challenge, but I think I got ‘challenge’ and ‘competition’ muddled up. The fact it was a competition actually stressed me out, I was certainly feeling the pressure (and not liking it).

I was put head to head with Jenn from A Jennuine Life, she designed this dress and this top that I made last summer. Our prompt was ‘The Seven Wonders of the World’. As much as the 7 wonders are truly amazing, I really struggled to relate it to sewing. I was feeling very uninspired. I had loads of ideas that sounded great in my head, but nothing that translated into a practical outfit for a 7 year old, that she was going to like and wear for anything more than a photo shoot.

Since we didn’t have to stick to the ancient wonders, I eventually chose Stonehenge, the best-known prehistoric monument in Europe.

Stonehenge is a huge stone monument built roughly around 5000 years ago. There is nothing decorative about it. It’s stark but beautiful, bold but simple, grey but dramatic. This was the basis for my creation. 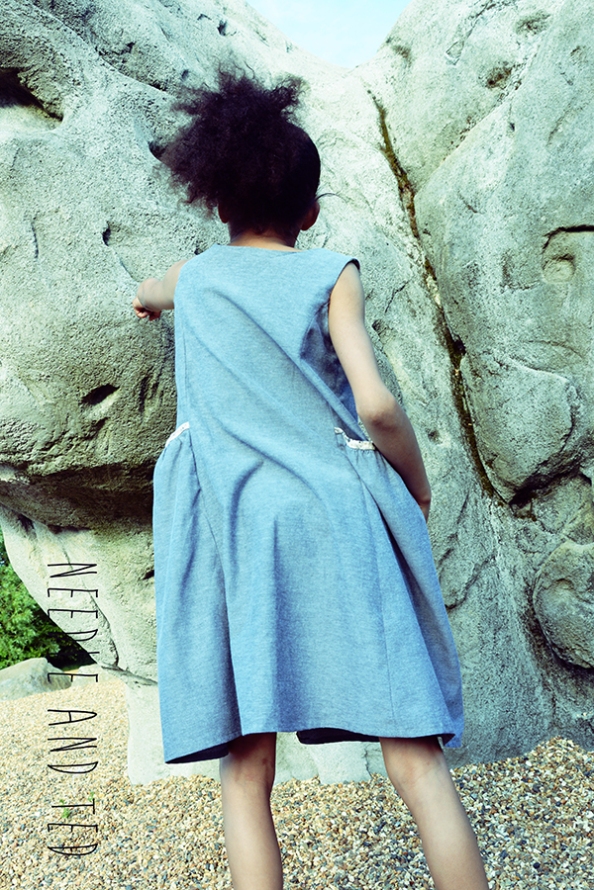 And to challenge me further the book had been translated from Japanese into French and guess what! I can’t read French. Good job I can read pictures. 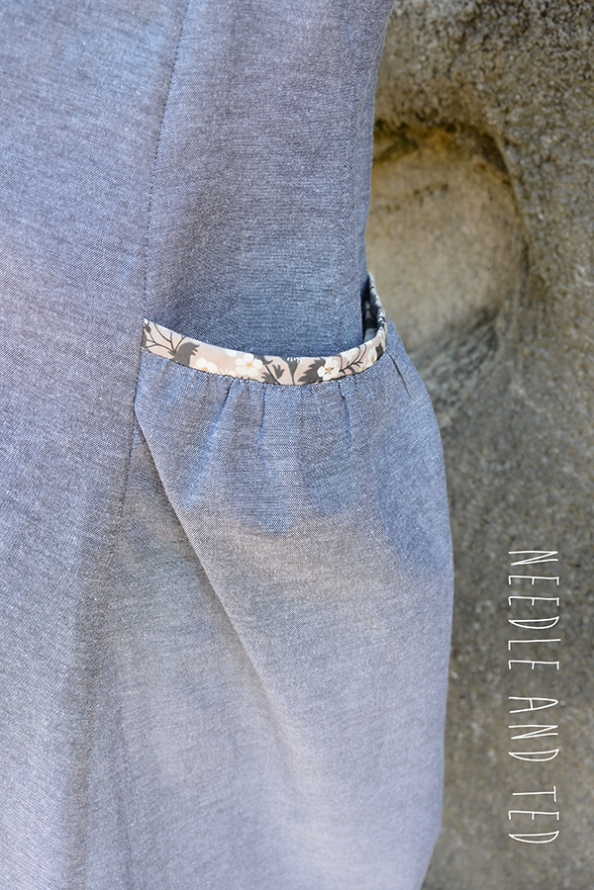 Japanese fashion is known for being radical, boundary-pushing and extreme, but the patterns in Filles & Garçons are subtle and full of style and grace. Just what I was after.

I particularly like how you can slip the dress on and off without buttons or zip. The neat little slit at the top is enough. It adds charm and you get a little peak of the Liberty Mitsi fabric which I used for the facing and the pockets.

As a pioneer contestant, I had to challenge myself and use a ‘sewing wonder’ too. Something that I have little or no experience with. May I quickly add that I do not think I am a pioneer in any shape or form, but the category I wanted was given to another pairing. This was the only category left apart from a mixologist who likes to cram as many prints as possible into everything they sew. Not me at all. 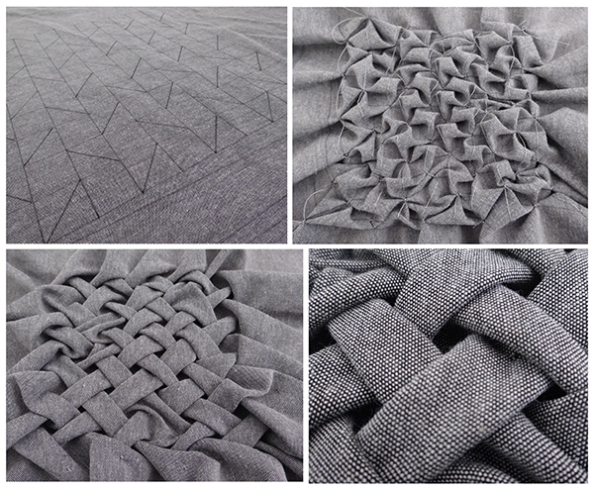 I chose lattice smocking because of it’s resemblance to Stonehenge, (what! you can clearly see the resemblance can’t you?). Even though I have little patience for hand stitching I gave it a go. It was actually quite relaxing and quicker to do than I expected. Again, I used pictures and not words to learn how to do it.

So I made a rucksack to match the dress, and used the smocking for the front pocket. 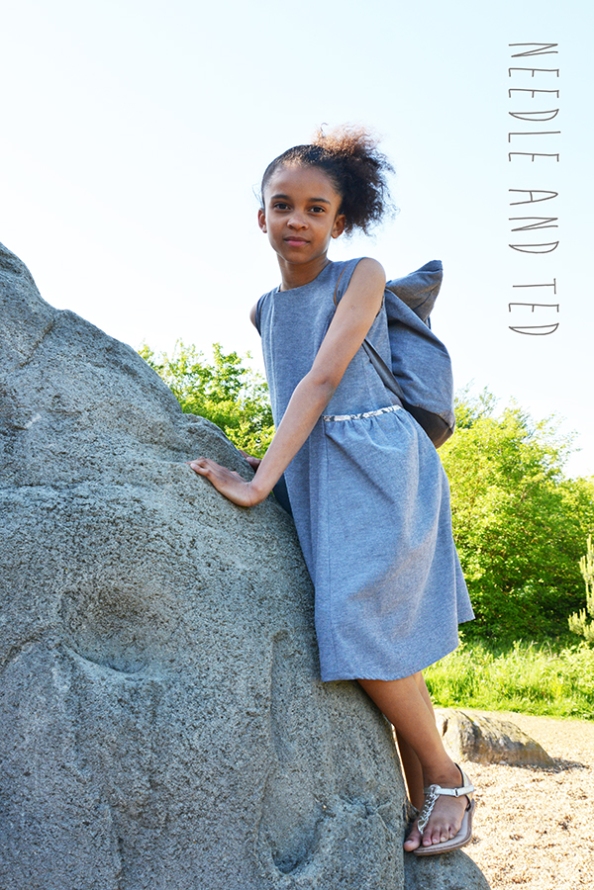 My fabric choice was influenced by the smaller stones of Stonehenge called bluestones. They have a bluish tinge when wet or freshly broken, the colour being similar to the cotton chambray that I used.

I’m really pleased with the dress, its relaxed and comfortable yet elegant. I’m not sure I can win a competition with it (when my mum saw it she said “That’s nice, is it school uniform?”) but if Darcy likes, it’s a winner. 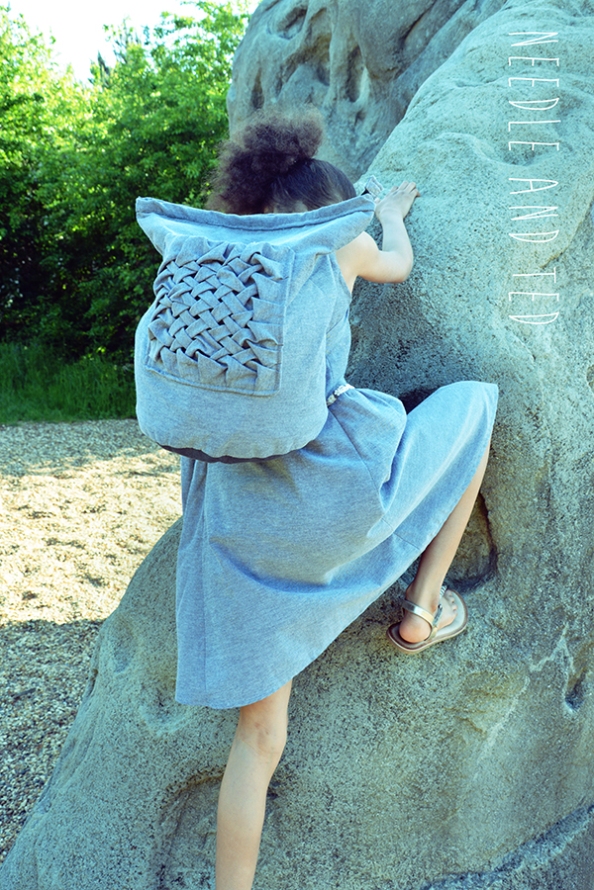 The rucksack is another thing that I’ve made for Darcy that I might have to pinch when she’s not looking. I’m rather proud of the smocking. I might have a go at some other designs next time.

Now head on over to Top Stitchers where you can mark me against Jennifer on technique, creativity, presentation and difficulty. I’m looking for some 5 stars peeps. Thanks.

The competition is now over. Thank you so much to everyone that voted.

I don't buy clothes any more, I make them instead. Don't be thinking I'm saving money, my fabric stash can fill an entire double wardrobe.

I mostly make for my 2 girls, but you won't find them wearing anything nauseatingly cute or excessively sweet. We have an aversion to twee. Modern, funky and quirky is our style.

Sewing patterns for the stylish and adventurous. Life is an adventure. Dress accordingly.

I'll be there, will you?

My favourite fabric. try it. You will love it.